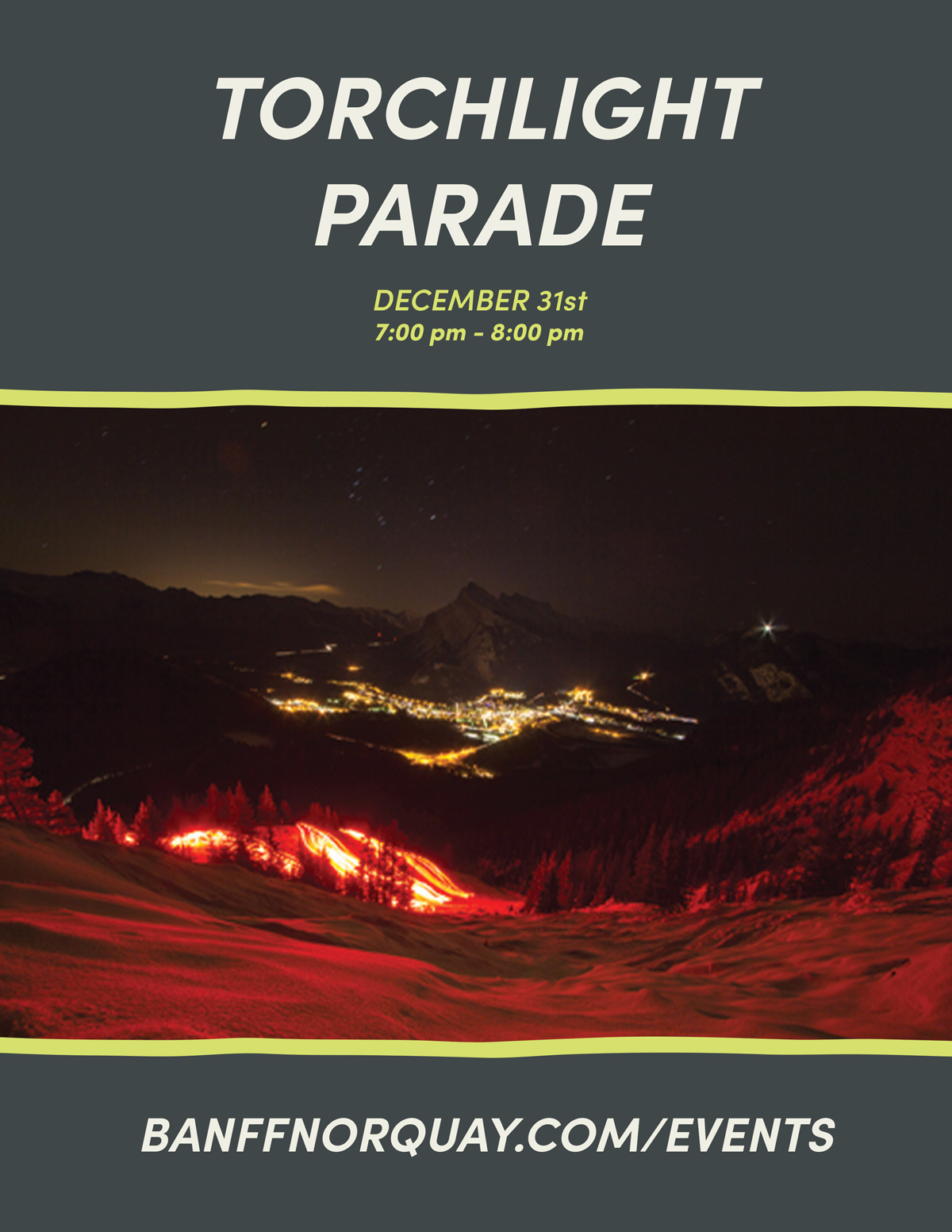 Add a little light show magic to your New Year’s traditions with Norquay’s Torchlight Parade! A select number of brave Norquay instructors + staff will take on the North American run from the Big Chair with torches in hand for a light spectacle you don’t want to miss!

The best spot to view is right from downtown Banff. So, bundle up the family, grab a hot chocolate, and enjoy the show! Consider it a little gift from us to the town for another great year.

Norquay legend Eddie Hunter may have described the Torchlight Parade best in this excerpt from his book, The Spirit of Norquay:

“It seems appropriate to end these days of Skiing with a torch light parade.

Many Skiers have spoken of this night ride from the Big Chair like it was their debut in a major Broadway production.  To the people watching from town it was a great experience, but nothing compared to the excitement enjoyed by the skiers in the parade.

No one wanted to goof up, but generally on the long run down the North American one or two skiers would miss a turn.  People watching several Kilometers away would see that lone Skier leaving the pack as his or her flare led to nowhere, but continued to burn, it seemed much longer than the flares of their friends who continued on the base of the mountain.

It is remembered fondly by the many instructors who finished their ski week programs with a torch parade to the Old Norquay Lodge wearing their special uniform with all the flare burns.

Their students would stand outside the lodge cheering them on before all celebrated the evening and a great week of Skiing.”

CLOSED to the public

Where is best to view: From town looking towards Mt Norquay.

TUNE UP WITH STEVE, NORQUAY'S SKI TECH! *NEW* And

Mystic is open leaving just one chair left to open